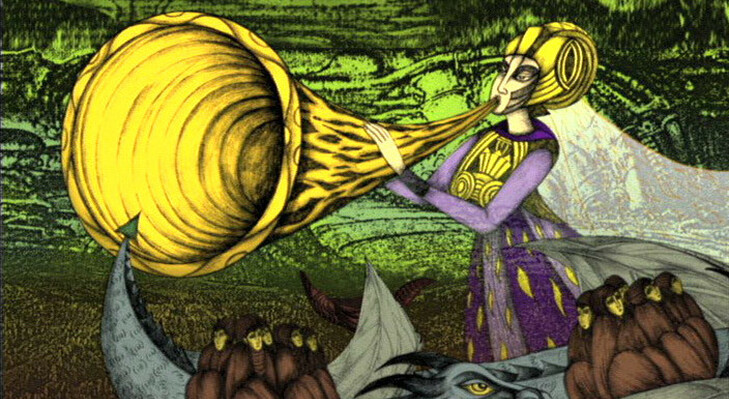 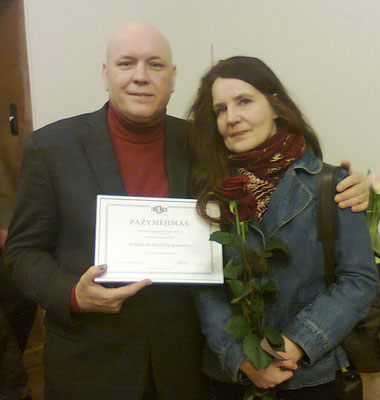 Since 2010 by Cultural Support Fund project "Lithuanian animation dissemination and promotion of regions” conducts lectures and animation workshops for children and young people in Lithuanian schools and cultural centers. Participate in international cultural projects, presenting Lithuanian animation. In 2012 attended by the Lithuanian Association of Artists in the project "High School cultural impulses” (AKIM).

Animated film " Gypsy and the Dragon "- a jury awarded a special diploma for the artistic expression of folklore theme (International film festival “Tindirindis” -2006).

Animated film “ The Song "since 2009 nominated for the Silver Crane award( Lithuania).

Cartoons vere featured in festivals and forums from these countries:

2001 - The Universal Lithuanian Encyclopedia Vol I.

2004 - Encyclopedic Handbook „Who is who in Lithuania. Lithuania's achievements“,

2005 - Algirdas and Aurika Seleniai were included in the „21 Centur yaward for achievement“ analysis of the encyclopedic guide of the International Center for Biography (IBC, Cambridge, England).

2008 - „Who is who in Lithuania, achievements of Lithuania“.

2009 -„Who's Who in Lithuania. Golden Millennium Edition“.

You can do it, too! Sign up for free now at https://www.jimdo.com